Today, commercial buildings and businesses need to focus on energy security above virtually all else.

With weather patterns becoming more drastic and unpredictable all the time, and the risk of outages increasing, it’s critical for businesses to understand what they can do to protect themselves and their customers from disruptions and intermittency.

In a world where grid-tied power is increasingly unreliable, commercial solar battery backup systems are some of the most efficient methods of protection and insurance for companies and organizations.

Here’s what you need to know about the benefits of these backup systems:

How Can a Commercial Solar Battery System Benefit My Business?

Today, both solar PV and Battery Energy Storage Systems (BESS) can provide many benefits for companies in both the private and commercial sector. From promoting cost savings to ensuring a business can handle a grid outage without a loss of production or product, these backup methods are an excellent addition to any company.

Here’s a breakdown of the most significant benefits of commercial solar battery storage:

As it stands now, a solar PV system can produce onsite energy at a rate that is lower, per-kWh, than what the local utility would charge. A BESS, on the other hand, can deliver tariff-specific demand charge savings, which can be a major benefit for commercial operations.

That said, most of these systems have been deployed separately…until now.

When the two technologies are paired, though, they offer enhanced benefits. Not only are the savings and ROI much higher when the technologies work as a duo, but a combined solar and storage system has the potential to streamline the use of energy and reduce demand charge risk.

In San Diego, for example, peak demand drives energy costs from roughly $20 per KW to $42 during high demand periods. Energy storage can help reduce these risks and create savings for commercial organizations.

One of the largest challenges facing companies today is solar intermittency, which can make energy production unreliable and difficult to predict.

Adding commercial battery backup to an existing solar system will also enhance the resilience of a building’s power supply. This is one of the most important considerations for commercial operations today.

As power outages become increasingly common in some areas, solar systems that include backup technology are also becoming more popular. In a world where the grid is decentralizing, and energy systems are becoming more distributed, solar battery backup systems represent an intelligent approach to creating a resilient power supply. 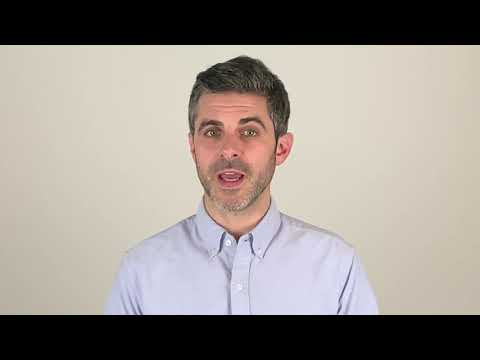 When a company installs backup batteries, they store excess energy produced by solar panels. This energy is then earmarked for later use. If an organization experiences an outage or disconnection from the grid,  the building can utilize the solar battery backup to access power, even in the event of an outage.

Depending on the system, solar battery backups can allow a corporation to step completely off the grid. This means the solar power system will be powerful enough to produce and store ample energy, making a connection to the grid obsolete. Bear in mind that this setup is rare, though. Most organizations that utilize solar battery backup maintain some connection to the grid, as their systems only have enough capacity to provide a few hours of electricity.

Today, customers want to do business with companies that support the same social and environmental initiatives that they do.  Because of this, installing solar panels and backup batteries on your company is a great way to attract positive attention and market yourself and your company as an organization that cares about the environment and reducing dependence on nonrenewable resources.

Today, most commercial utility customers pay on a kilowatt-hour basis for the power they use.

These charges are based on the company’s highest usage period within a single billing cycle. As such, companies are billed for utilization spikes that exceed beyond their standard number of kilowatt-hours, which can create hundreds or even thousands of dollars of cost overrun during months when costs have increased.

It’s not at all uncommon for companies to find that demand charges make up more than 50% of their monthly commercial utility bills. This is a massive financial strain and can make it difficult for companies to thrive in the long-term.

While alternative energy sources, such as solar power, can offset demand charges, batteries are the one element that can truly reduce the costs associated with peak energy use. By delivering stored solar power on-demand, battery backup systems are ideal for reducing expenses and helping companies save money in the long-term.

The Batteries Behind Solar Storage

The batteries typically used in solar energy storage for commercial buildings are virtually the same as those you’d find in a cell phone or cordless drill, save for their size. Large-scale commercial settings frequently use batteries that are roughly the size of a refrigerator.

These batteries are charged by the energy produced by solar panels. They store power and discharge it when needed. Solar batteries are a great way for commercial buildings to bypass much of the uncertainty that comes with solar intermittency and to secure ongoing power for themselves, regardless of the weather.

Batteries are good at reducing intermittency thanks to the way they work. During a normal day, energy demands rise and fall for any given company. Depending on the type of organization, they may be higher in the morning, drop off in the afternoon, and peak again in the evening. This is a standard equation, and it has a major impact on how most companies pay for their energy.

If you install a solar power system, though, the curve begins to change a bit.

Assuming that the solar power system is equipped with battery backup, the stored solar energy can kick in to reduce the number of kilowatt-hours a company needs at any given point of the day. Since solar panels produce the most energy during peak hours between 7am and 5pm, they have the potential to reduce the overall kilowatts a company requires during that period. During the hours outside that peak period, the batteries can kick in to supply additional power and offset the company’s demand on the grid.

This system allows most organizations to reduce their kilowatt demand by several hundred watts, creating real and ongoing savings that are both financial and environmental.

Which Organizations are Good Candidates for Solar Energy Storage?

While most people think of major corporations when they picture commercial solar backup power systems, these companies can benefit equally from solar battery backup:

Scott is the founder of Sandbar Solar & Electric. With a Bachelor’s Degree in Economics from UC San Diego, Scott has an NABCEP certification, and has lectured on and taught many high-tech construction practices and solar PV technical concepts to education institutions, including Stanford University and state-recognized electrician apprenticeship programs. Scott enjoys sharing his knowledge of the evolving renewable energy space and making a difference in his community.

What Capitola Residents Should Know About Solar Battery Backup

The Ultimate Guide to Reduce Your Energy Bill at Home [2022]

3 Cupertino Solar Panel Rebates You Should Know About