The Federal Solar Tax Credit: What You Need to Know [2022]

Could investing in solar energy pay off sooner than you think?

The short answer is, yes.

Many residential home solar power systems are eligible for a federal investment tax credit, or ITC.

At the time of this writing, you can get up to 26% of your installation costs back by claiming the tax credit when you file with the IRS. The ITC benefits both residential and commercial customers, and there is no cap on its value.

Wondering how the solar tax credit works in 2022? We’ll cover everything you need to know in this post.

What is the Tax Credit for Solar Energy?

The ITC was born with the Energy Policy Act of 2005. It is a tax credit that both residential and commercial customers can claim on their federal income taxes for a percentage of the cost of a solar panel system.

While the ITC applies to a wide assortment of solar panel systems, there are a few requirements: the system must be placed in service during the tax year to be eligible, for example, and must provide power for a home or business in the United States.

How Does the Solar Tax Credit Work? 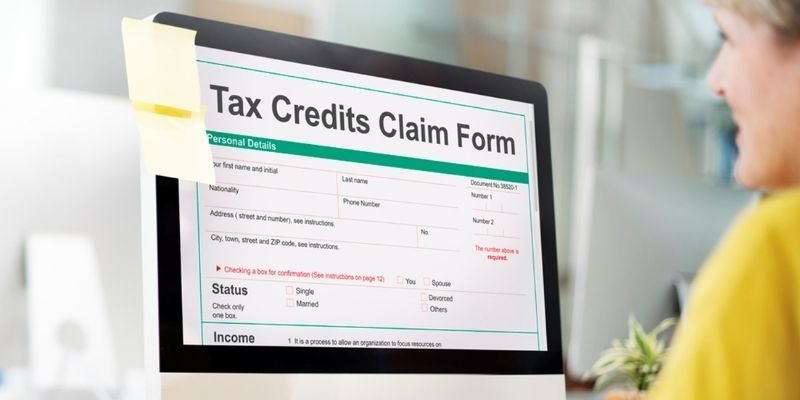 Like all tax credits, the solar tax credit provides a dollar-for-dollar reduction in the amount of income taxes you would otherwise pay. For example, if you claim a $5,000 federal tax credit, you reduce your federal income taxes due by $5,000.

Since the credit applies to your total tax liability, you’d subtract that $5,200 from whatever you owed at the end of the year and pay the remainder.

Solar Tax Credit for 2022: What You Need to Know

The program had enjoyed a considerable measure of success, though, so lawmakers granted a series of extensions that promised to keep the program alive until the end of 2016.

As it turns out, they were right:

When lawmakers passed the 2016 federal spending bill, they took the existing solar tax credit and extended it for five years – to 2021. This effort made solar power more affordable for Americans who wanted to install residential or commercial systems.

The ITC has since been revisited several times, most recently in December of 2020, when Congress extended the ITC at the rate of 26% through the end of 2022. It was originally set to decrease to 22% in 2021.

Under the most recent extension, rates will decrease to 22% in 2023. In 2024, benefits will end for residential properties, and drop to 10% for commercial properties.

If you’re interested in reading the solar tax credit extension bill in its entirety, you can find it here. You can also view updated information regarding the current status of the ITC in the Database of State Incentives for Renewables and Efficiency.

While the continuation of the 26% credit rate is exciting, it won’t last forever.

What does that mean for property owners?

It’s also important to note that the ITC reflects the date when your system goes into service, not when you purchase it.

If you start installing a system on the last day of the year but don’t complete it until January, then you won’t be able to claim the tax credit until you complete your taxes for the year the project was finished.

If you miss the cut-off date in 2022 or 2023, this could negatively impact your tax credit amount and result in you claiming less on your federal income taxes.

Also, expect a “rush” on other people trying to secure the ITC at the end of 2022 and 2023, which means that by July or August of those years, most solar companies will have “filled up” their installation schedule.

Don’t wait until November 2022 to call your solar company and expect them to be able to install your system by the end of that year.

If you’re looking for a way to go green and save money, taking advantage of the solar tax credit is an excellent idea.

Since rates are projected to decrease in the coming years, though, and additional changes to the bill are always possible, property owners who want to install a residential solar system should consider going solar sooner rather than later.

What Does the Solar Investment Tax Credit (ITC) Cover in 2022?

The renewable energy ITC applies to “qualified expenditures” and allows you to reduce your overall tax liability. In plain English, this means that you can calculate the amount of your claim based on costs such as:

Currently, the solar ITC is a one-time credit. One of its cooler features, however, is that you can carry over the excess to the next year if you can’t use it all when you file.

For example, imagine that you only owed $5,000 in taxes but received the $5,200 home solar credit from the previous example. You’d pay $0 in taxes for the year when you placed the claim. You’d also get to reduce your next year’s taxes by the remaining $200. 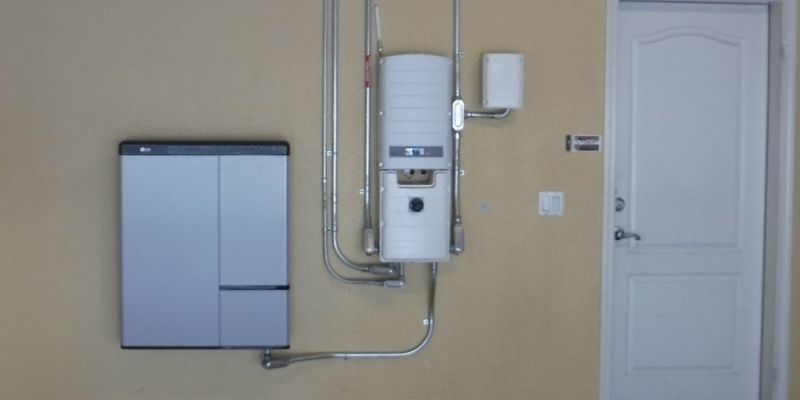 At the moment, the ITC will only apply to battery backup installations when connected to a solar PV system.

If you have an existing solar PV system, and are considering adding a battery backup system, we recommend that you consult your tax professional to determine if the 26% ITC will apply to the battery retrofit portion of your project.

Who is Eligible for a Solar Tax Credit?

The IRS has released extensive guidance outlining the requirements for utilizing the Solar Investment Tax Credit. To put it simply, the ITC applies to a range of renewable devices.

For solar power installations, such as panels mounted in your yard or on your roof, the system must meet a series of requirements.

According to the Department of Energy, these requirements are as follows:

As you can see, the eligibility rules can be a bit complex. The best way to stay in between the lines is to hire a reputable solar energy installer like Sandbar Solar & Electric that can help you plan a project that satisfies the rules.

How Can I Claim the Federal Solar Tax Credit in 2022?

If you’re ready to take advantage of the ITC in 2022, but not sure where to start, you’re not alone.

The first step is to ensure you meet all of the eligibility requirements listed above, including that you must own (rather than lease) your system.

Once you’ve ensured all the eligibility statements apply to you and your system, it’s smart to talk to a CPA or other tax professional about the implications of claiming the tax credit.

Once you’ve talked to a tax professional, the next step is to fill out IRS form 5695, and add the energy credit information to the form 1040 you complete at the end of the year.

After completing IRS Form 569516, attach it to your federal tax return. Information and instructions on filling out the form are available here.

Q: If I meet all the requirements, can I claim the credit even though I’m not a homeowner?

A: Yes. Currently, the IRS allows non-homeowners to claim the credit. If you’re a condominium member or tenant-stockholder at a cooperative housing corporation, you can still claim the tax credit, as long as you have contributed to the cost of a qualifying solar panel system. In that case, you could claim the amount you spent on the cost of the solar system as a tax credit.

Q: Will I get a refund if the tax credit is larger than my tax liability?

A: The ITC is a nonrefundable tax credit. What this means is that, while you will not get a tax refund for more than you owe, you can carry over the unused balance of the tax credit to next year.

Q: Can I claim the solar tax credit if I recently bought a home that already had a solar panel system?

Q: Do rental properties qualify for the solar tax credit?

Looking Forward: 2022 is an Excellent Time to Install a Solar Power System

Property owners who want to maximize their ITC deductions should install their solar systems before the end of the year.

The ITC has changed over the years. At the beginning of its life, it included maximum limit caps that it’s since done away with. Today, the program can be combined with other perks, like the California Self Generation Incentive Program, which can help lower the costs of installing a residential solar power system.

Available to both commercial and residential users, the solar tax credit is a fantastic program that makes solar installation more affordable for those interested in it. With that in mind, don’t delay your solar installation. 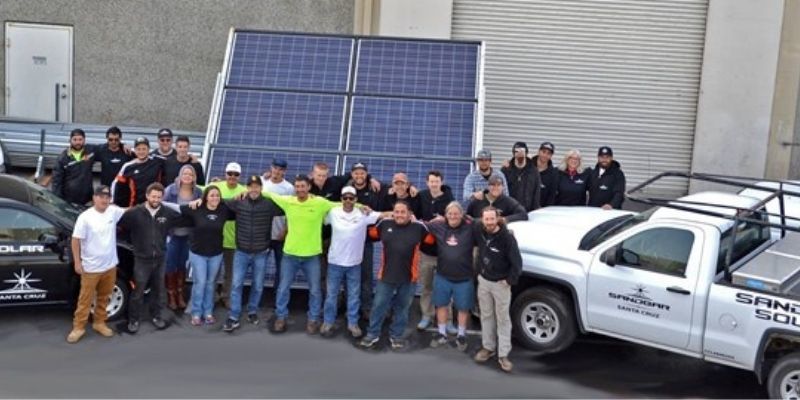 After more than 16 successful years, Sandbar Solar maintains its position as the most established, locally owned solar company in Santa Cruz.

Our solar panel installation projects reduce your energy bills and increase your property’s market value. Solar panels for your home or business also make you an important part of the green solutions that help preserve our planet.

Our Santa Cruz solar services include free estimates, custom design, and expert installation. Our portfolio features thousands of residential and commercial solar panel installations across the region. We’re proud of our reputation for designing and installing the most efficient solar panels for the Central Coast – including Santa Cruz and Monterey counties – as well as San Jose and the Bay Area.

If you’re thinking of going solar and you live on the Central Coast or in the South San Francisco Bay area, contact us today to get a quote for your project.

Scott is the founder of Sandbar Solar & Electric. With a Bachelor’s Degree in Economics from UC San Diego, Scott has an NABCEP certification, and has lectured on and taught many high-tech construction practices and solar PV technical concepts to education institutions, including Stanford University and state-recognized electrician apprenticeship programs. Scott enjoys sharing his knowledge of the evolving renewable energy space and making a difference in his community.

The Ultimate Guide to Reduce Your Energy Bill at Home [2022]

3 Cupertino Solar Panel Rebates You Should Know About

Your 10 Step Guide to Choosing a Solar Company in Salinas, CA

What Los Gatos Homeowners Should Know About Going Solar

Net Metering 3.0 in California: What You Need to Know